The only one opportunity for us to remain human beings – is to continue providing help to people and work with those who have lost their hopes to find one.

What can amaze you at war? People. 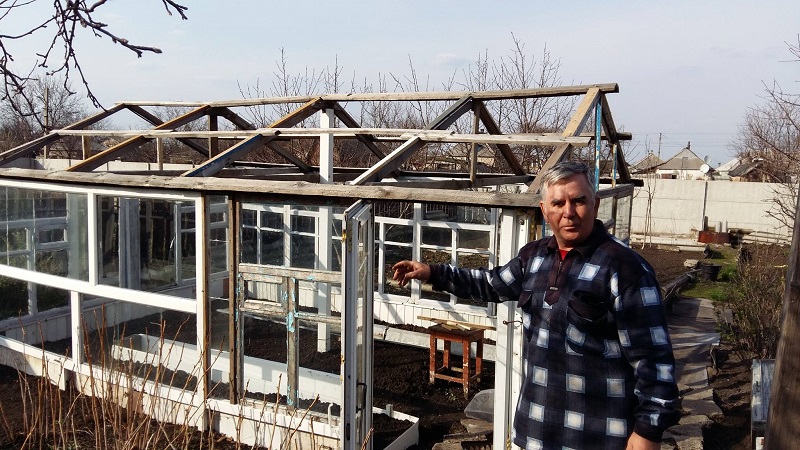 What can amaze you at war?

People who despite the terror around them are able to evade despair.

Who are trying to make their own lives and lives of their relatives a little bit better. At least, as it is possible in such circumstances.

— Let’s go, I’ll show you something, – Sergey told me winking conspiratorially as if I am his old friend.

It was obvious that he was eager to brag with something important. This “something important” appeared to be greenhouse that he built himself in his town.

Why it should be something unusual? Many people living in private housing do the same way.

Courage, practical headpiece and invincible optimism. Hell and horror around. Citizens of Avdiivka spending nights in bombshelters and basements. But still, there are people among them who doesn’t lose the presence of mind. Those people are not just staying at home which suddenly appeared to be on the front-line.

Those people sincerely believe in something and continue to create. For example, Sergey believes that till the end of this summer will eat himself and regale his neighbors with fresh cucumbers and tomatoes planted in his greenhouse.

I believe that mainly such people, when the peace comes, will restore the region. Their creative energy has gone through the most serious examination that can ever be.

Sometimes our friends ask us: where do you take your energy to continue your work?

The answer is very simple – we are following the example of such as Sergey.