Opytnoye. The village between Avdiivka and Donetsk.

This post of mine is not about war nightmares but about global indifference that, in some case, is more awful than war. 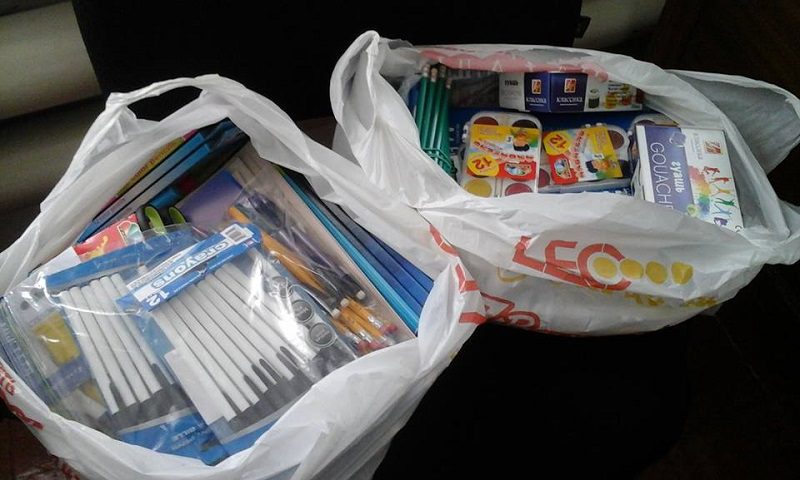 We are spending many time now in the front-line areas trying to find out what is al
ready done and what can be done else to provide assistance to local citizens and IDPs there. The first impression, of course, is depressive.

It seems that there is no big difference between humanitarian providing on the government controlled and non-controlled by government territories of Donetsk region. Definitely, humanitarian organizations come. Yes, they bring humanitarian kits with something once in one-two months. But the problems there had crucially transformed during these two years. No one is interested in or engaged with people who are still living at war or ran away from it to safer areas. This is not the matter of organizations but the matter of regional government.
But I will write about it later in details. Now I’ll tell you about one of our last trips.

Kamyanka village, Volnovakhskiy region, is situated on the so called “contact line”. There is no fighting here since spring 2015. The frontline had moved. We were asked to help one school of Kamyanka which was damaged during fighting in January 2015. That year children went to study to the nearest villages/cities or went distance learning. Parents together with teachers managed to restore windows partially, other windows were covered with plastic shits. About 70 pupils were back to school in September 2015 comparing to 90 that went there before the war.

I’ll tell you several facts about this school: — no one, during this year and a half, have ever tried to restore windows, no one has even provided any materials;

— every month teachers contribute 15 UAH from their salaries to school “fund” for purchasing of paper and ink for printer, and to make some restoration in the class-rooms in the end of school year;

— there were no Wi-Fi router and Internet adapter in school. Some local citizens have provided them. It should be mentioned that the adapter in director’s office is attached with tape towards the wall in order to catch the signal from the class-room of informatics (see picture below);

— many children have unemployed parents that is why some “fund” finances are used to buy something to the most vulnerable pupils.

We have bought router and adapter for school, and also some stationary for children.

And this post of mine is not about war nightmares but about global indifference that, in some case, is more awful than war.