Humanitarian support is getting colored with children’ smiles!

The “Responsible citizens”. Report on DECEMBER 2016 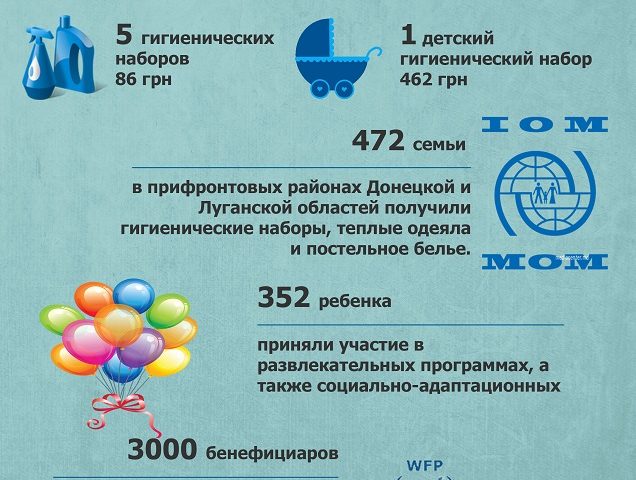 During this moths the support from our organization had obtained 4086 families from Donetsk and Luhank regions.

The most of the beneficiaries, 3000 of people specifically, had obtained support in measures of the cooperation between the “Responsible citizens” and international humanitarian mission “World Food Program”. Those people were the participants of the voucher providing’ program through the “Brusnichka” trade net. 370 of them had performed socially-useful works in Selidovo city.

Moreover, there is continuing the support providing in measures of cooperation between the “Responsible citizens” and the IOM (International organization for migration). During the Decemeber the hygiene kits, warm blankets and linens were provided to 472 families.

We are, mainly, trying to support those, who are not included into beneficiaries’ lists of other humanitarian organizations.

The “Responsible citizens” employees had also conducted 14 trainings on mine awareness. The rules of behaving with explosive consequences of the conflict were listened by 1085 persons. Among them 480 – IDPs and front-line citizens of Donetsk and Luhansk regions, and 605 children in the age from 5 to 18 years old.

Through the efforts of our volunteers there were raised and spent more than 15 thousand of UAH. Those funds were directed on the purchase of medicines, diapers, hygiene and New Year’s presents for children, living in the ATO zone.

The employees and volunteers of “Responsible citizens” are grateful to everyone who support us. Thank you for helping our compatriots and being not indifferent towards others problems! 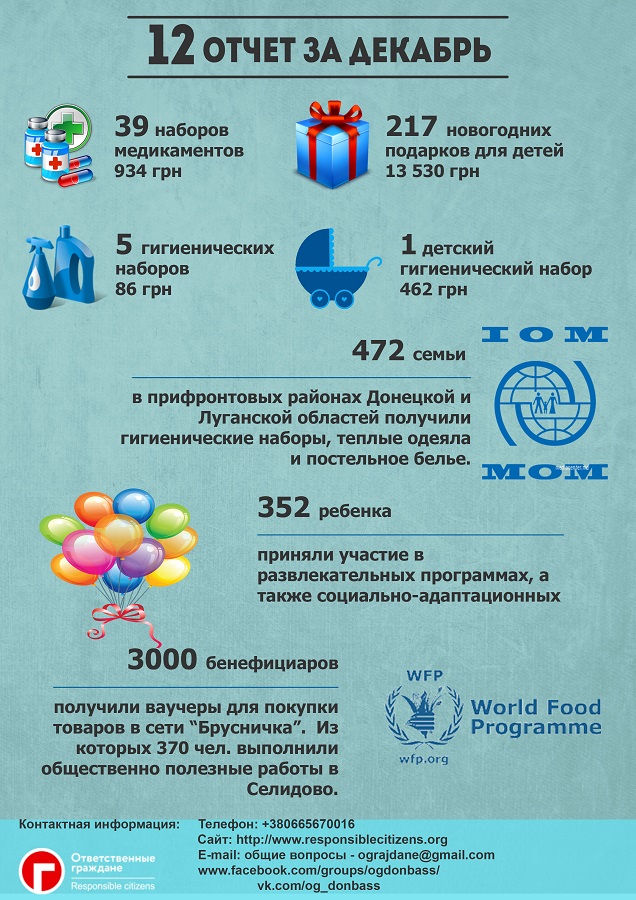 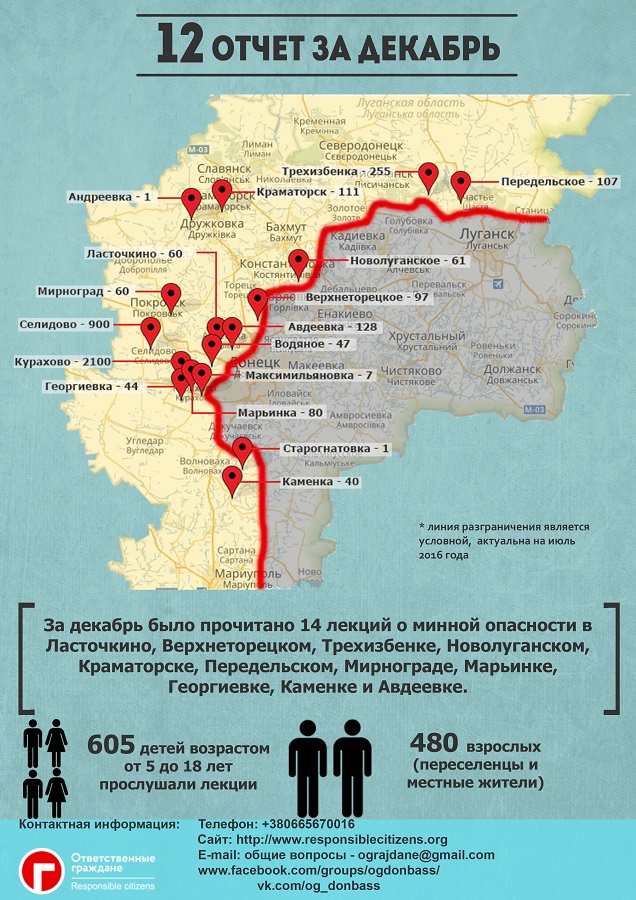