Despair kills as a weapon.

During this month 214 families from Donetsk and Lugansk regions had received support from our organization.

Our main attention, as it was before, was paid to the front-line areas. Such locations as Maryinka, Opytnoye, Vodyanoye, Novoluganskoye, Popasnaya and others, were in our focus.

We have provided these families with hygiene, clothes, medicines, diapers for kids and adults, household goods, stationary for pupils.

Mainly, we are trying to support those who do not suit to the beneficiaries’ categories of other humanitarian agencies.

The Responsible citizens’ employees had conducted 25 trainings on mine awareness. The rules on behaving with dangerous consequences of war were listened by 1600 persons, among which about 90% there were children from 5 to 18 years. Through our volunteers’ efforts there were raised and directed on needs’ covering more than 25 000 of UAH. These funds were used to the medicines, hygiene kits, children diapers and stationary’ purchase.

Besides, there was conducted a charity action # Drawyourdreams by or volunteers devoted to the Day of Kramatorsk city celebration. During the event there were raised 2027 UAH.

There were received 340 kg of clothes, books and linens from OKKO petrol company for the most vulnerable.

We have also received 20 kg of stuff from private persons who support us constantly.

Employees and volunteers of Responsible citizens are grateful to everyone who support us. Thank you for your help to our countrymen and for not being indifferent towards others’ problems! 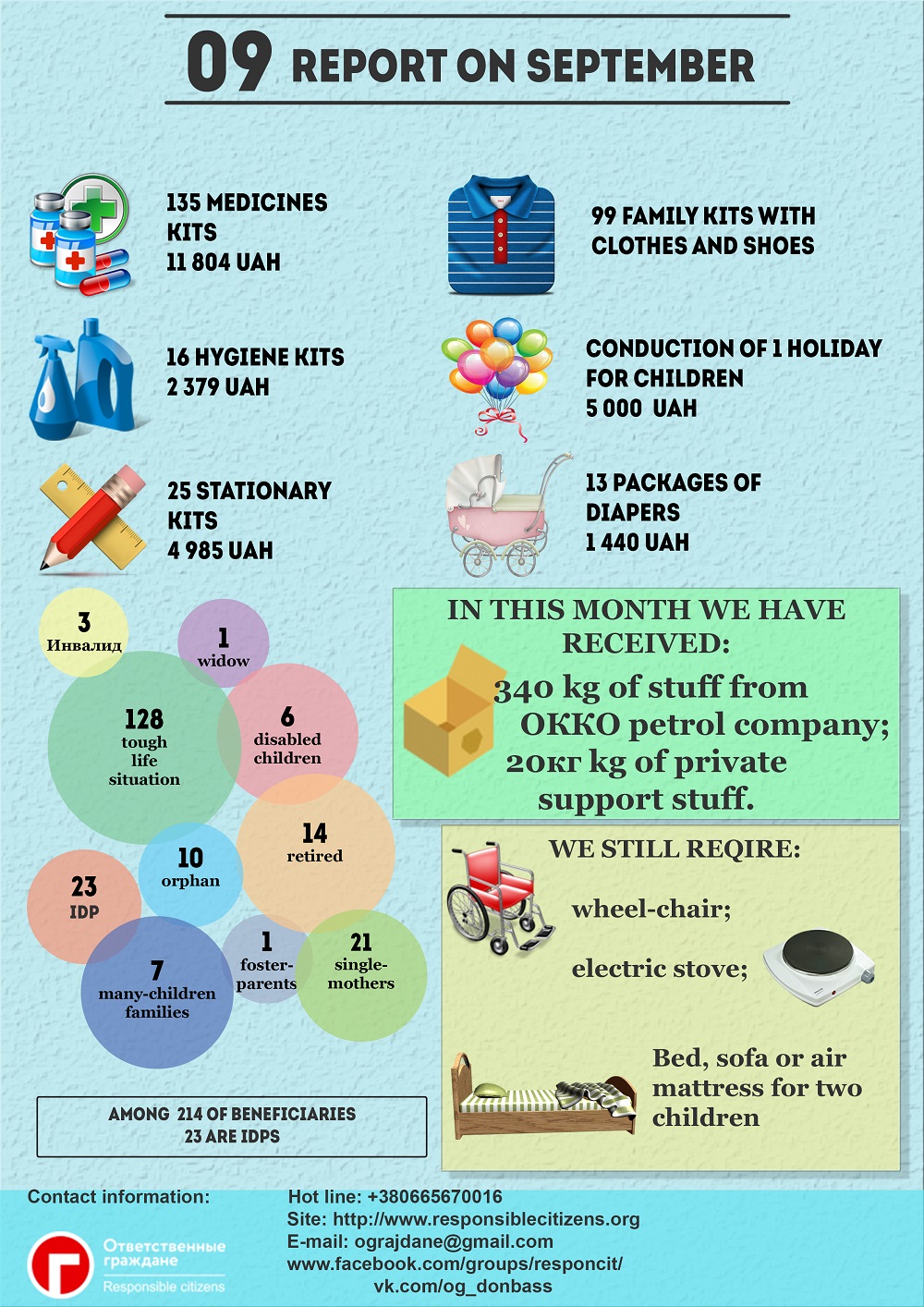 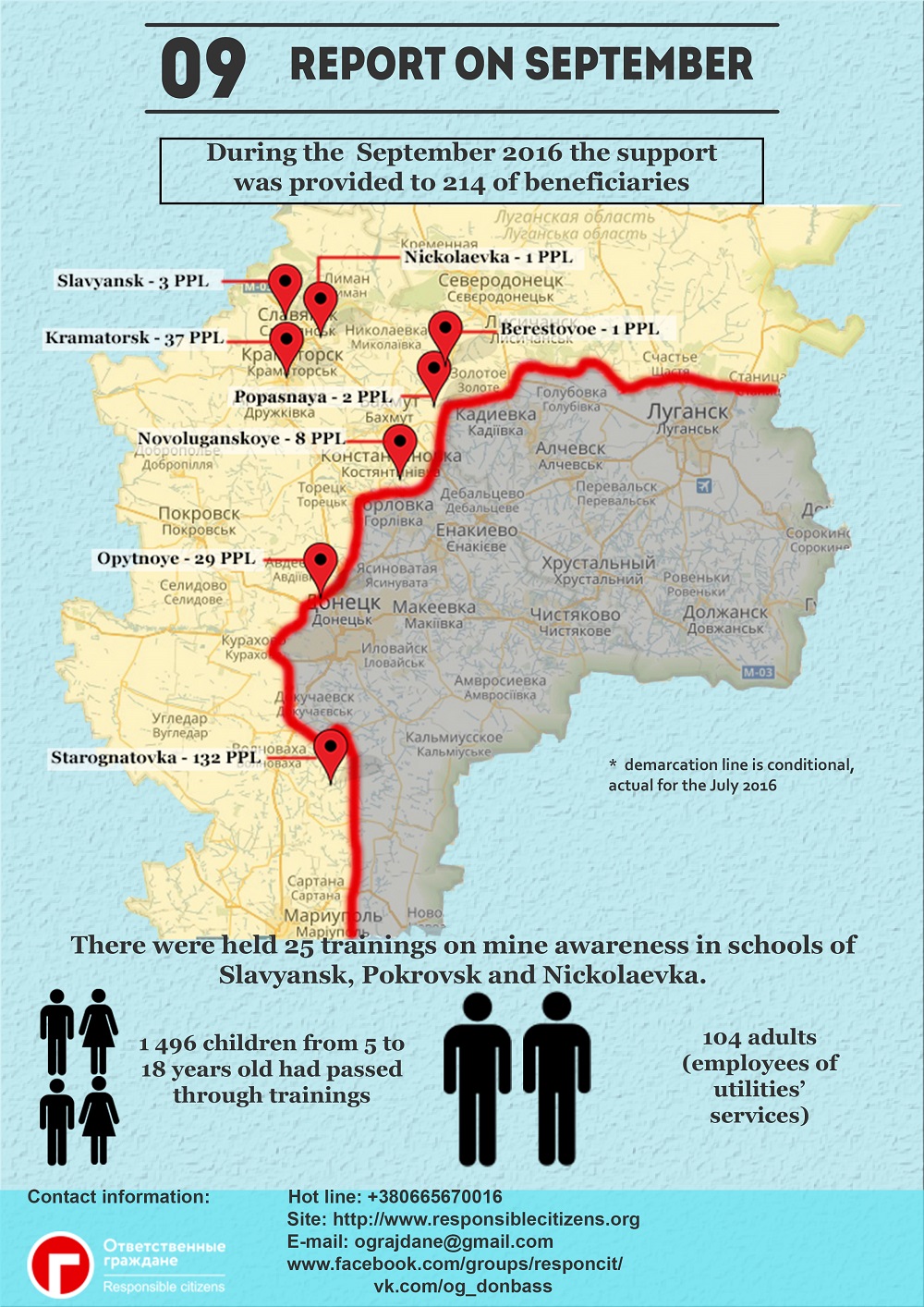