The truth, where is it! We only see the consequences

In January 2017 the 1 067 families from Donetsk and Luhansk regions had received support from our organization.

There had been continued the support providing to the front-line citizens in measure of cooperation between the “Responsible citizens” and International organization for migration. In January 787 families had obtained hygiene kits.

Thanks to the clothes’ receiving campaign from the patrol stations’ net OKKO, the kits with clothes and shoes were provided to the 12 families in need.

Through the efforts of our volunteers during January there had been raised and wasted more than 34 000 UAH. Those funds were directed on the purchase of medicines, hygiene, New Year’s presents for kids from the ATO zone. Moreover, for the 1 700 UAH raised during auction, there were purchased and provided art goods for the disabled children’ boarding school in Druzhkovka.

The employees and volunteers of the “Responsible citizens” organization are grateful to everyone who supports us. Thank you for your help and for you being not indifferent towards others’ problems! 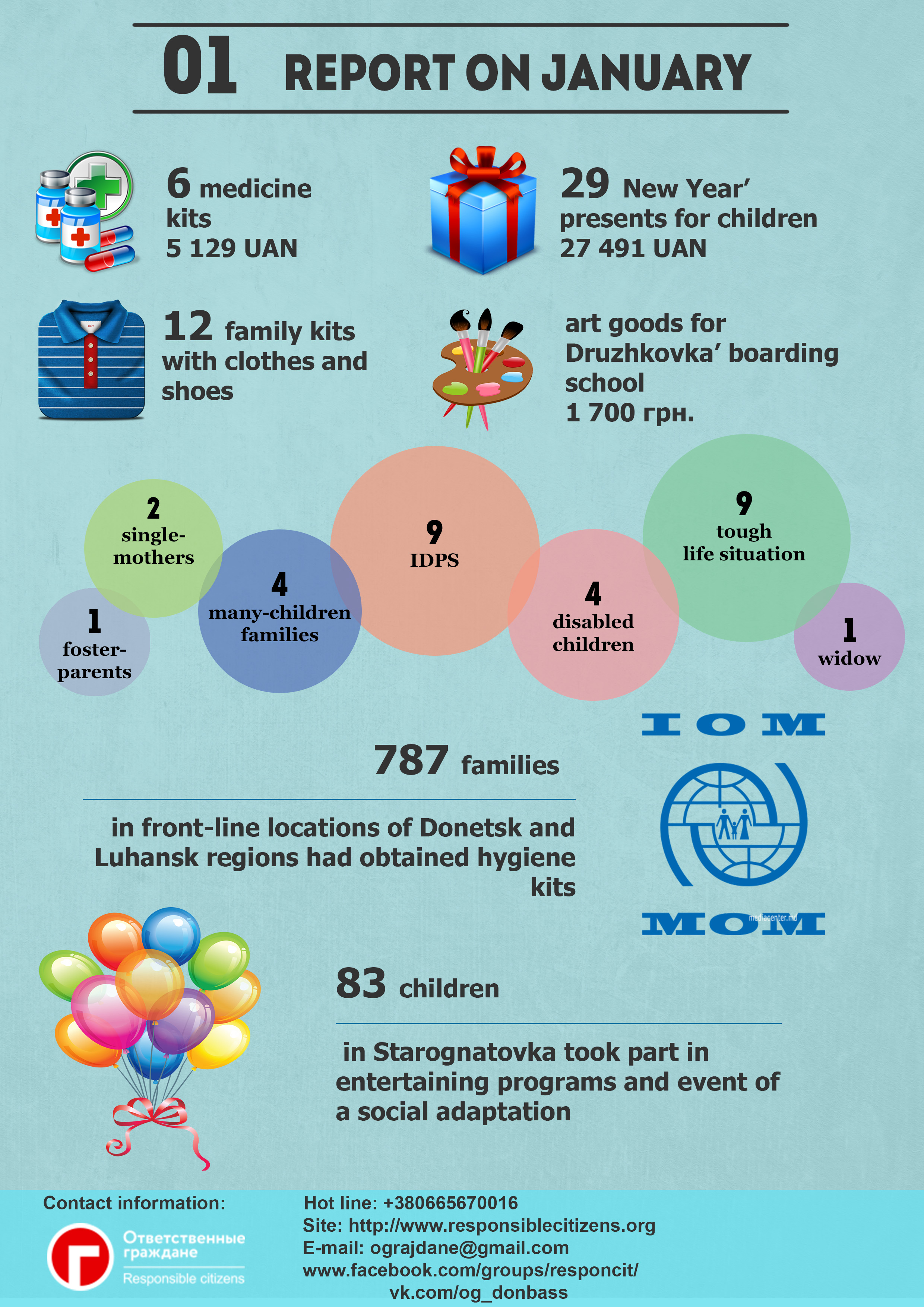 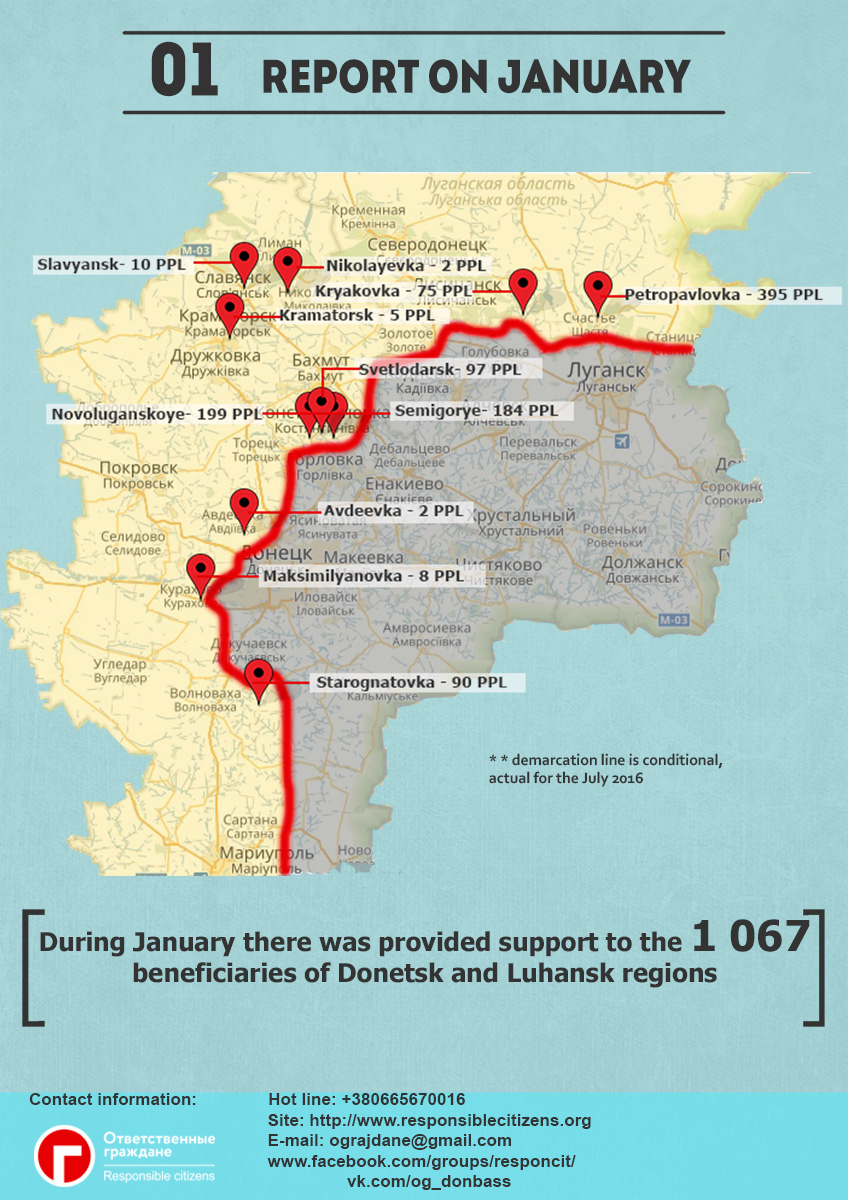