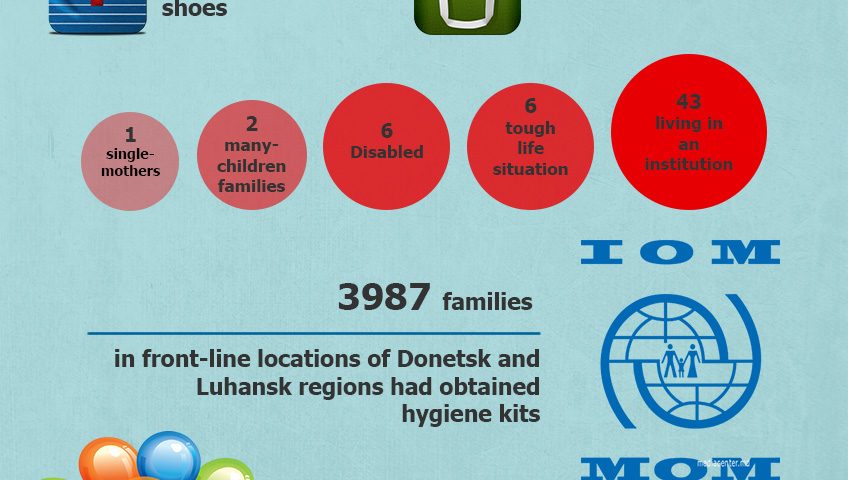 At last we have managed to summarize the activities conducted in March 2017, and it was rather saturated!

During March the support from our organization was provided to 4 401 beneficiaries in Donetsk and Luhansk regions. This is the largest quantity of beneficiaries which we had managed to support during one month through the 3 years of our work.

Our employees sometimes started their trips to beneficiaries at 5.30 in the morning and were back at 2.00 in the night. Because the sense of our work is not only in providing some material issues. Every beneficiary requires attention, answers on the questions or just to tell his/her own story.

There had also continues the distribution of aid for the front-line citizens in measures of cooperation between the “responsible citizens” and International organization for migration. During March 3 987 families were provided with the hygiene kits.

Through the clothes’ raising campaign from the OKKO petrol stations’ net, the kits with clothes and shoes were provided to 66 vulnerable families. Socially-adaptation and entertaining events were conducted for 341 children.

Through the efforts of our volunteers during March there were raised and wasted more then 4 470 UAH. Those funds were directed at the purchase of medicines for 8 families residing in ATO zone.

The employees and volunteers of “Responsible citizens” organization are grateful to everyone who supports us.
Thank you for your support and for not being indifferent towards others problems! 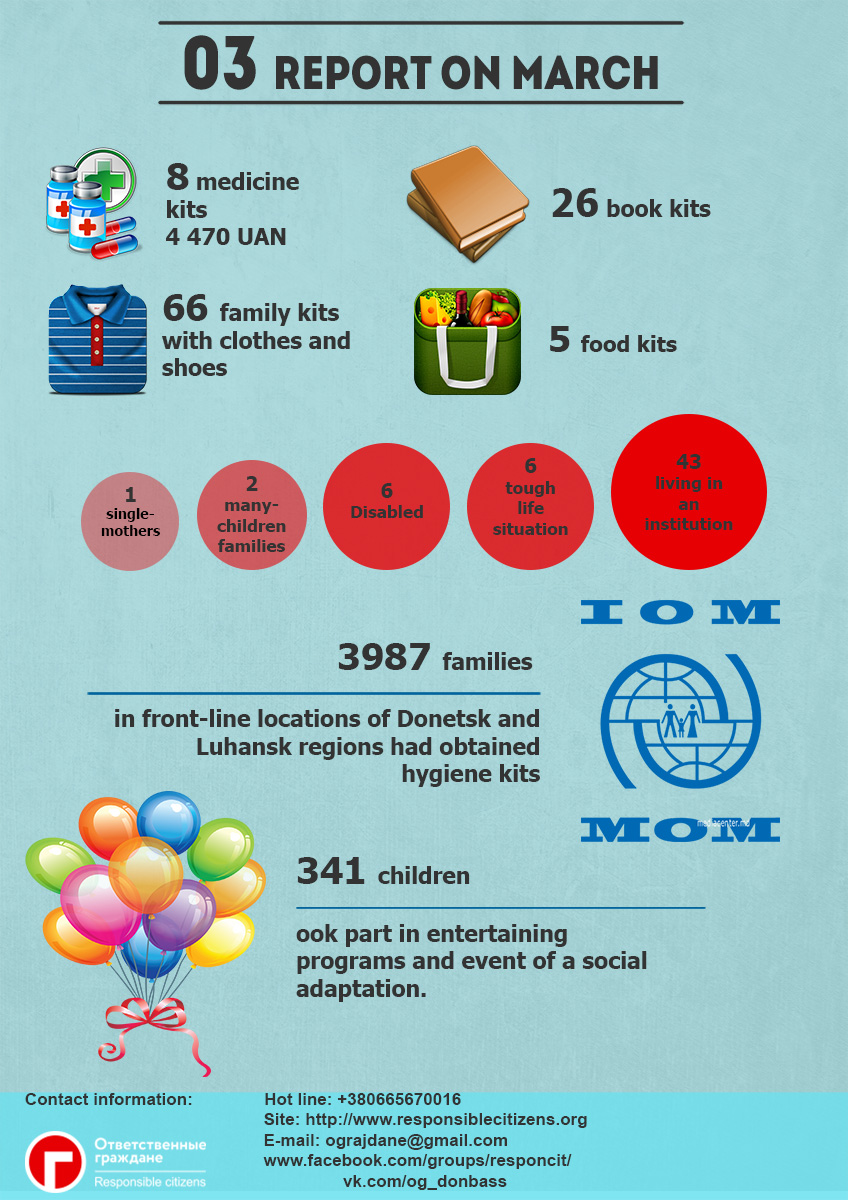 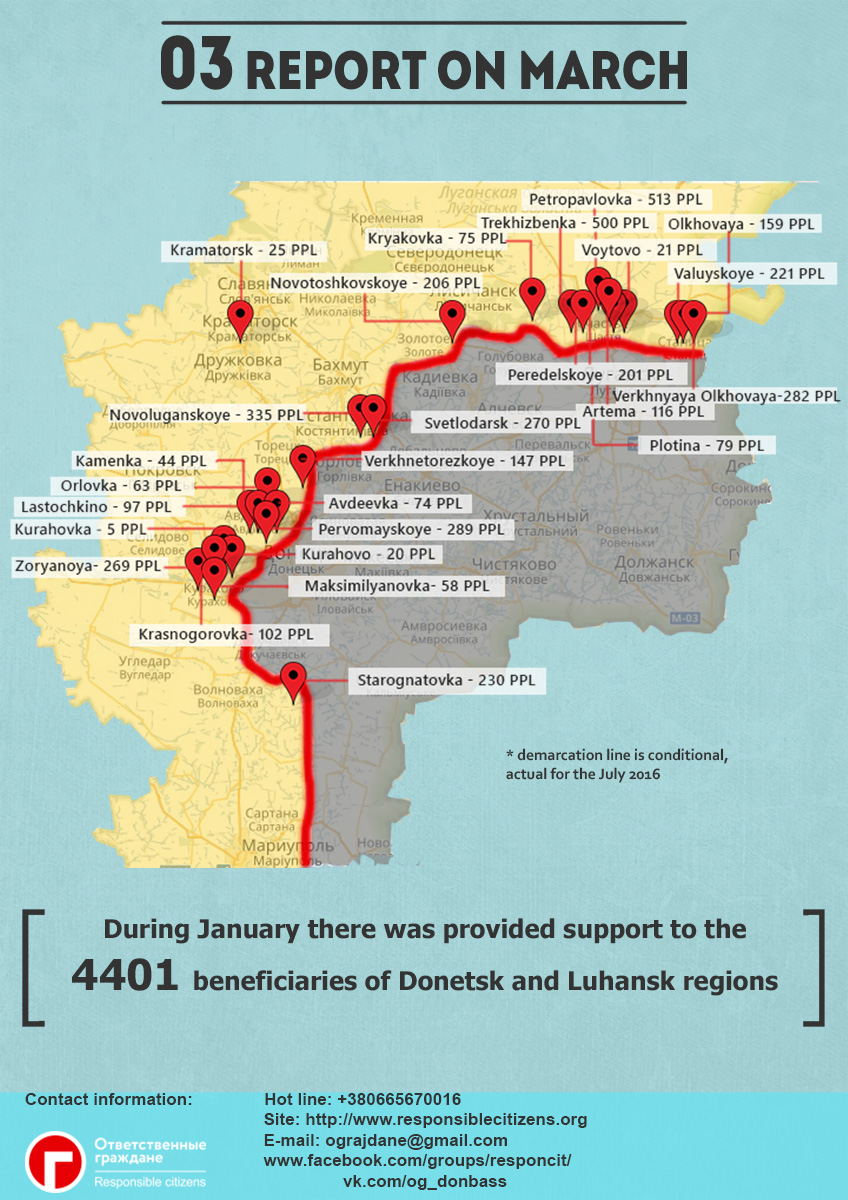