Children from Druzhkova are getting ready to the new charity auction 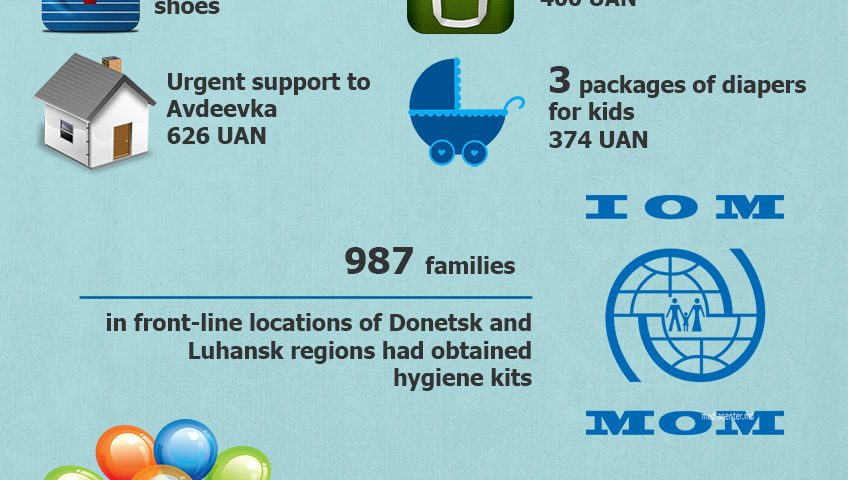 In February 2017 the support of our organization was provided to 1889 families in Donetsk and Luhansk regions.

The main attention was paid to the citizens of the front-line areas. These are such locations as Avdeevka, Krasnogorovka, Maryinka, Pervomayskoye, Lastochkino, Starognatovka and others.

There had continued the humanitarian support providing to the beneficiaries of the front-line locations in measures of the cooperation between the “Responsible citizens” and International organization for migration (IOM). During the February 987 families had obtained hygiene kits.

Through the clothes’ raising campaign from OKKO petrol stations’ company, 70 vulnerable families had obtained kits with needed clothes and shoes. For the 610 children there had been conducted socially-sensitive and entertaining events.

Through the efforts of our volunteers during February there were raised and provided support for more than 9 500 UAH. Those funds were directed on the purchase of medicines, hygiene, diapers for kids, candles, presents for children residing in the ATO areas.

The employees and volunteers of the “Responsible citizens” organization are grateful to everyone who supports us. Thank you for your help and for not being indifferent towards others’ problems! 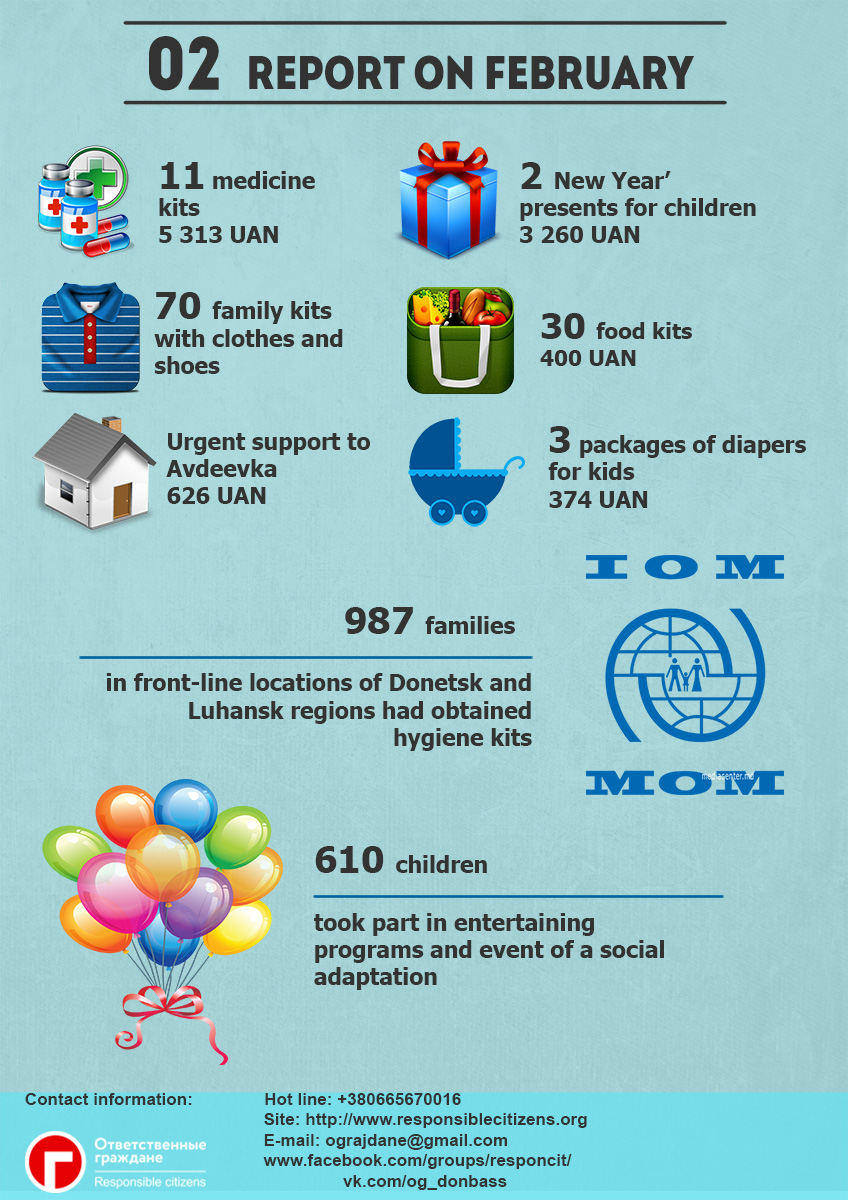 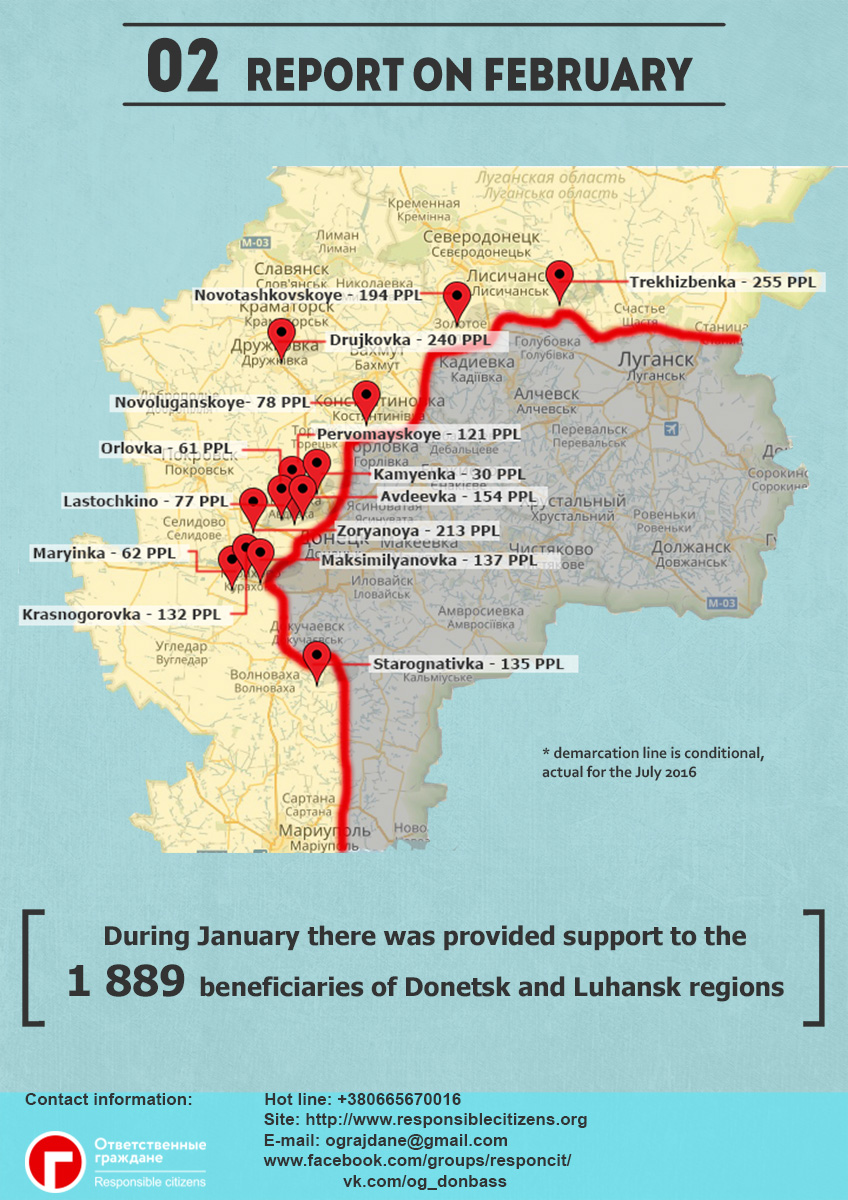