Stay away from fraudsters!

Only during this month 104 families have received support from our organization.

We are mostly trying to support those who do not correspond to other humanitarian organizations’ beneficiaries lists.

There were held 10 trainings on mine awareness. Among the participants there were 200 of children, in the age from 7 to 18 years old, who have listened to the rules of behaving in emergency situations. They are the vacationers of health centers. There were also 191 adults – the employees of utility companies in Donetsk region. During this time, through the efforts of NGO “Responsible citizens”, there were raised and spent about 30 thousands of UAH. The most part of this amount – more than 26 thousands – were aimed at the purchase of medicines.

Through the donations there were bought abroad and provided to the blind boy from Novogrodovka village the book, written in Braille.

We have received 350 kg of clothes, books and bed linens from the petrol company OKKO to cover the needs of our beneficiaries.

There were also several dozens of books, toys, clothes and 5 kg of medicines we have received from those people who support us constantly.

All the employees and volunteers of NGO “Responsible citizens” are grateful to all of you who support us. Thank you for your support to our compatriots and that you do not remain indifferent towards other people’s problems. 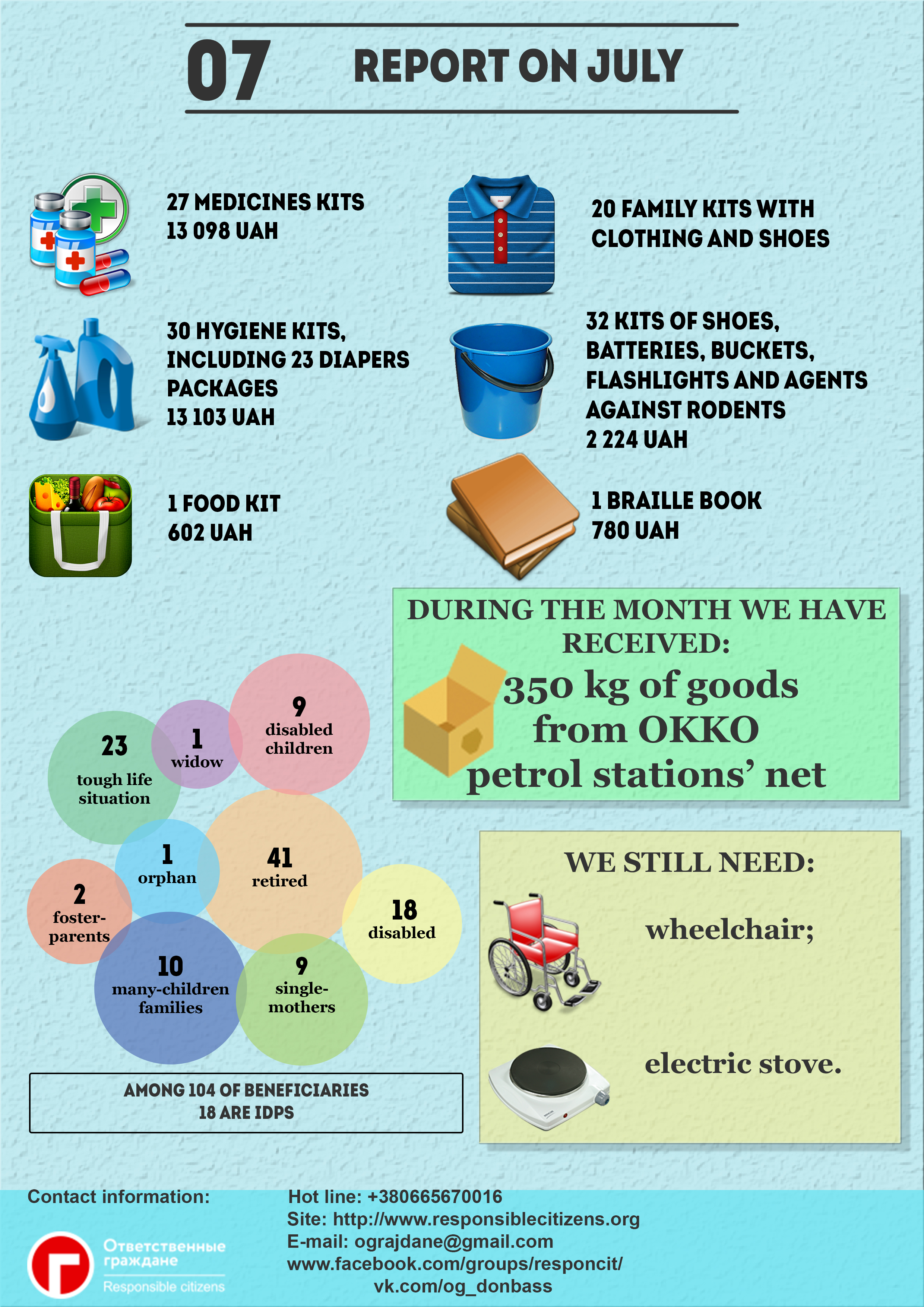