Since May 2014 we are working in the most dangerous locations of the conflict zone in the Eastern part of Ukraine.

We are constantly providing support to people from hot points.

Our crews go to the locations situated on the front-line, where the fighting continue, but there are still peaceful citizens.

We have made support of these people our main target. They, as no one else, require this assistance.

And we require your assistance.

On the basis of NGO “Responsible citizens” there works volunteer group under the same name.

We have started our activity as volunteers and decided to save this dimension of activity in order to give an opportunity to all not indifferent people to join us – to make their contribution in assistance providing to peaceful citizens of the conflict zone.

Where do we help?

We are delivering aid to people living in ATO zone.

Today thousands of people are still living on the front-line.

Such villages as Opytnoye, Tonenkoye, Starognatovka, Pervomayskoye, Krymskoye, Zolotoye and many others. For those villages of Donetsk and Luhansk regions the war stopped to be a force-majeure and became a commonness.

Since the conflict started, people actually striving to stay alive.

They have no access to water, electricity, medical service, pharmacies and governmental institutions.

They can count only on themselves, been glad to any aid that is brought to them.

Life in such locations is closely connected with everyday risk.

Also among our target audience are internally displaced people (IDPs). People who had to live their homes because of fighting and move to the nearest cities of Donetsk and Luhansk regions.

They have left districts that are under the constant shelling, but have lost everything they had in their lives.

Such people require, practically, everything – starting from food and medicines and ending up with clothes and ordinary everyday things.

We regularly support citizens of the villages along the front-line and IDPs.

We provide them with medicines, hygiene and disinfection, clothes and shoes, fuel for generators and with other necessary things. 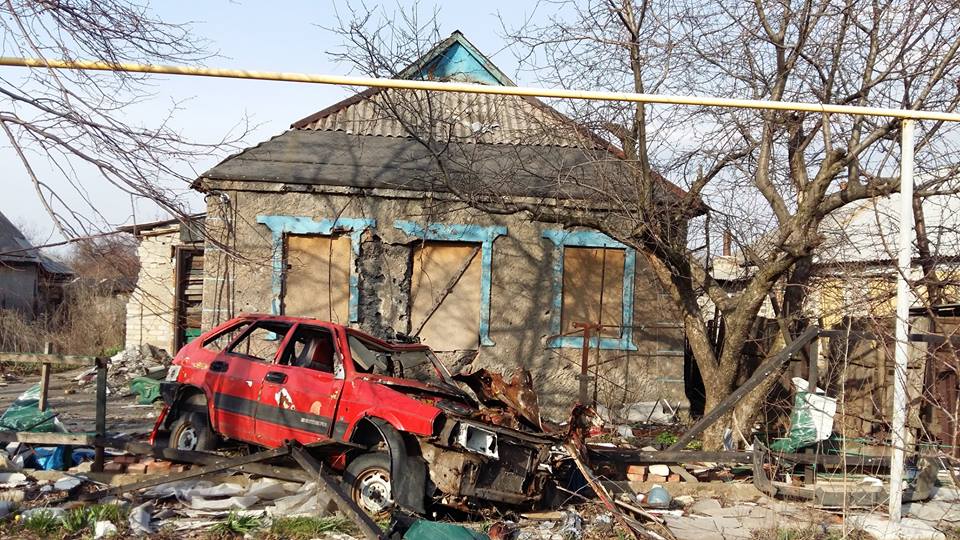 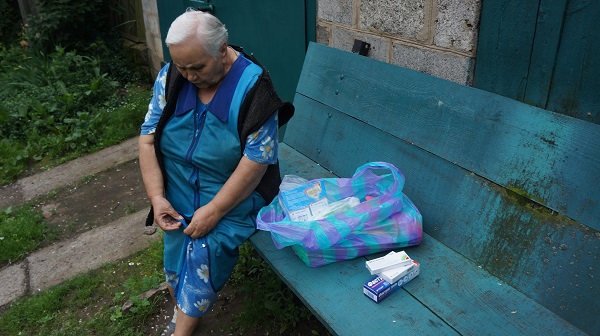 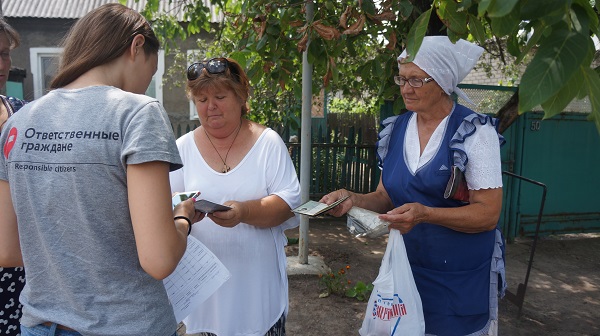 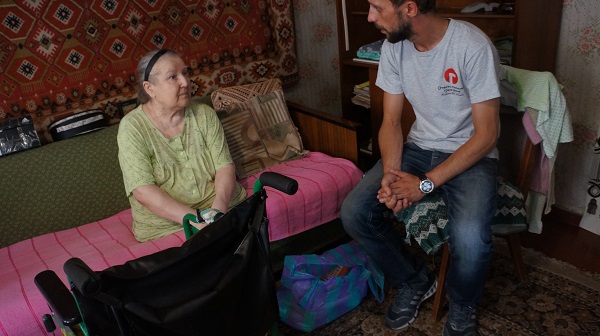 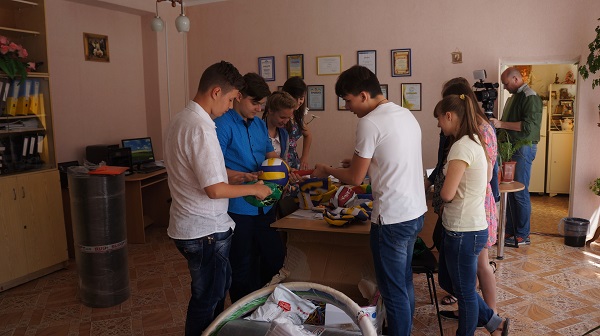 Who do we help?

The quantity of vulnerable people was rather significant in peaceful times.
But than they had necessary attention and support – social state services, neighbors and relatives.

When the conflict started, through the internal migration, many of them had faced their problems on their own.
These are the lonely old people, many-children families, single-parent families, disabled of all groups of disabilities and retired people.

Moreover, there appeared new categories of vulnerable with which our government was not familiar – IDPs, people who have lost their hoses through the conflict and people, who were injured through the fighting.

We are also providing support to child institutions, orphan houses, IDPs’ centers and other social institutions which, through the lack of governmental support and increased amount of people, have not enough capacity to cover all the needs of their mentees.

All those categories are in a focus of attention of our organization and volunteer group “Responsible citizens”.

All of them are asking us for support and, through your assistance, can count on it.

How do we help?

2. We also support those people who need to obtain medical assistance or need access to education but could not manage themselves. We help those people in their communication with governmental bodies and other humanitarian organizations.

3. RC’ employees conduct information campaigns of ATO zone citizens on mine awareness. In cooperation with Danish Demining Group there are held trainings for children, internally displaced persons, employees of enterprises and utility companies, who work or live in dangerous locations.

4. NGO “Responsible citizens” in partnership with international and national agencies is implementing projects on beneficiaries’ monitoring and their needs assessment, and also humanitarian aid providing in Donetsk and Luhansk regions. Today, there are already implemented about ten humanitarian projects together with People in Need, Danish refuge council, Safe the Children, Humanitarian center “HELP+AID”, Danish Demining Group.

5. NGO “responsible citizens” is implementing Community base support projects developing activity in a suffered through the conflict communities and communities of IDPs. Those projects are aimed at living conditions improving of such people, including the improvement of personal life conditions, development of sport and children play grounds, etc. And also projects aimed at self-employment development - creation of new working places, small business development.

6. NGO “Responsible citizens” is working in a close contact with UN OCHA for the better cooperation and qualified humanitarian aid providing.

7. Volunteer group “Responsible citizens” closely cooperates with international and national media in order to inform about needs and problems faced by people in ATO zone. We appeal for the peaceful resolving of the conflict in Ukraine. In July 2015 we registered as Ukrainian entity. We realised humanitarian support of people as our new profession.

We declared that we taking the responsibilty for our nieighbors from vulnerable groups. Because in that moment government agencies and social services in our area broke down. That was our basic idea which included in our name - Responsible Citizens.

We united our efforts to help people affected by war conflict in our neighborhood. We became one of the first local partners of all well-known humanitarian agencies.

Later our staff increased from 5 to 25 people. Each day 7 field teams delivered humanitarian aid in bunkers, bomb-shelters and permanently shelled areas where civilians were stayed.

Before February 2016 our head ofiice was based in Donetsk and our activities were mainly concentrated in non-government-controlled areas (NGCA).

But after February 2nd 2016 our work in Donetsk was paused. Couple of RC board members were kicked-off, one person was detained for three weeks. Our property, transport and ofiice were arrested.

After little break we renewed our activities. Now we work in GCA.

We continue to support those people who affected by conflict. Those who lost social payments or other incomes, was injured, niw feel lack of medical or other support.

We are apolitical. We help civilians independently of their political opinions, views, nationality, religion etc.

We are neutral. We staying impartial according to all armed groups in this conflict. It means we don’t support armed people in any way and refuse to receive any support from armed people.

We are transparent. Everyone who supported us can get a report about usage of his or her contribution.

We are public. We recognize as our duty to tell truth about humanitarian situation in conflict area.